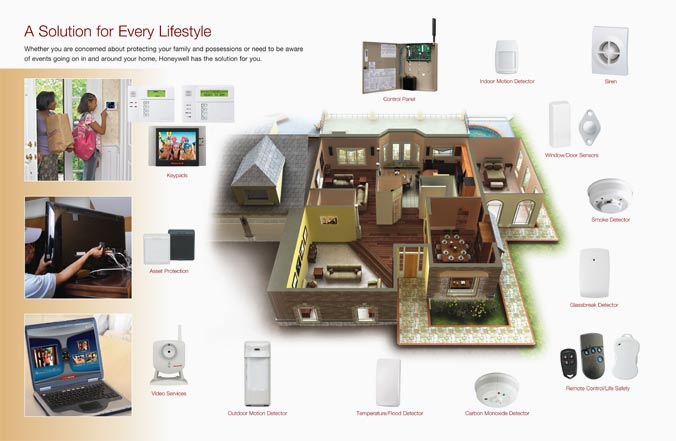 Advanced Home Security Measures You Might Not be Thinking AboutOctober 27, 2014

Many people think that once they have closed the front door and latched the windows, their job of securing their home for the day has been completed. However, with the alarming (no pun intended) rise in burglary rates over the past few years, it has become necessary to take as many safety precautions as possible while in your home as well as when leaving it for an extended period of time. Here are just a few home security options worth considering.

The days of thinking that home security or alarm systems were only intended to be used by the rich and famous are over. These systems have been designed to be your eyes and ears when you are not at home and they also serve as a means of protection for family members who may need to be home alone during the day for any reason. Alarms can range from a basic system that only monitors one or two crucial entry and exit points to more sophisticated options that are able to detect when a window has been broken or even if a fire has broken out unexpectedly. An added advantage is that these systems also notify the relevant authorities so that response time can be minimized.

While these are often considered a nuisance, perimeter beams can make the difference between having an intruder gain access to your property only or into your home as well. This not only puts you at risk of having possessions stolen; it also puts the lives of your family members at risk. These beams work by providing you and your alarm company with an early warning system of sorts to alert you to the fact that someone may be trying to gain unauthorized access. In most cases, a would-be burglar will quickly scurry off to avoid being arrested if he or she activates these beams while trying to access your property.

From being able to act as nanny cams to identifying unsuspecting burglars, more and more people are realizing how beneficial surveillance cameras can be. These devices have become more affordable and more feature-rich than ever, with many of them boasting high-quality recording facilities as well as night vision options. The amount of cameras that can be set up in and around your home will depend on the system you choose and how much you will be willing to spend on them. Many new surveillance systems even have the capability of allowing you to monitor what is going on around your home by means of your smartphone while you are hundreds of miles away.

If you are considering having a home security system installed, it is best to consult a reputable alarm company for advice, as its representatives will be able to provide you with a range of suitable options. It is crucial to remember though, that no price can be put on your family’s safety, which is why you should always be willing to spend as much as you can comfortably afford to on upgrades like these.