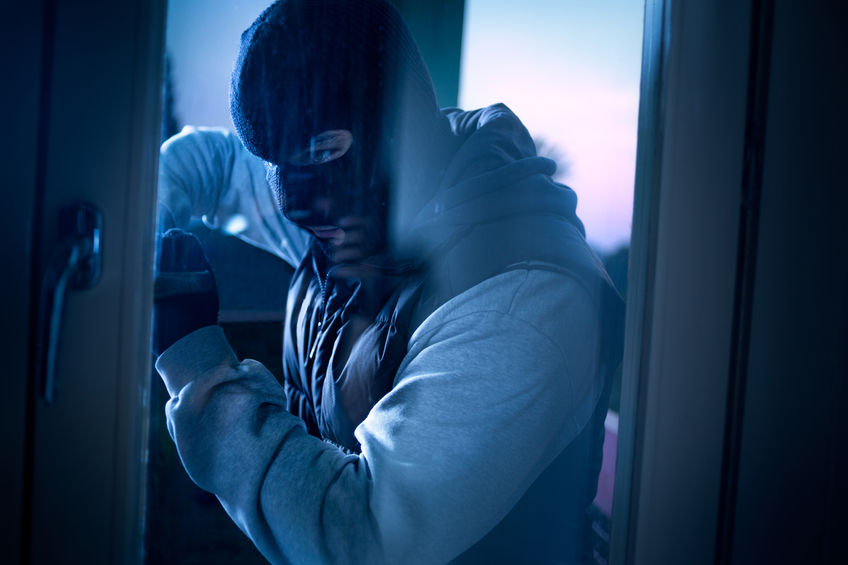 How a Burglar Determines Which House They Want to BurglarizeAugust 24, 2016

Believe it or not, there are such things as professional burglars. They might be few and far between, but they’re out there. They know what they’re doing ¾ - kind of. When you think about it, it really isn’t that hard to pick out a vulnerable house. A burglar determines which house he wants to break into by looking for the following:

An overgrown lawn tells a burglar one of two things: no one has been home for an extended period of time or they have a great place to hide before and after they break into the home.

Trees, high vegetation, and shrubs signal cover at night. The more the better for the burglar. He can dance in and out of shadows without being seen.

You wouldn’t think it, but houses on cul de sacs are prime targets for burglars. Police and security officers spend less time on cul de sacs and the open area or forest behind the houses make for a perfect get-a-way route.

Middle of the Block Houses

Houses on the corner have two streets, while houses in the middle of the block have one. One street means less traffic. Less traffic means less eyes that could potentially catch the burglar.

Toys and playground equipment means a mother lives in a home. Mothers have jewelry, which is often times what a burglar is most after.

If a home has a high privacy fence, a burglar has easy access. All he has to do is wait for the right moment and climb over the fence. After that, he can’t be seen.

A cluttered curb is one of the top signs a burglar looks for while he’s “scouting” a neighborhood. Garbage cans, recycling bins, and other objects that have been left out for an extended period on time usually tell a burglar that a family is on vacation.

It sounds so simple, but so many people neglect locking or closing their back door. An open back door is the easiest way for a burglar to sneak into a home.

You now know how a professional burglar determines which house he wants to burglarize. Here’s the deal¾preventing your home from being burglarized is easy.

Many a police officer can testify that they’ve never had to file a report for a home that’s been successfully burglarized. Properly functioning alarm systems and reputable alarm companies prevent burglars from burglarizing your home. Ensure the safety of your family, home, and possessions by contacting one today.