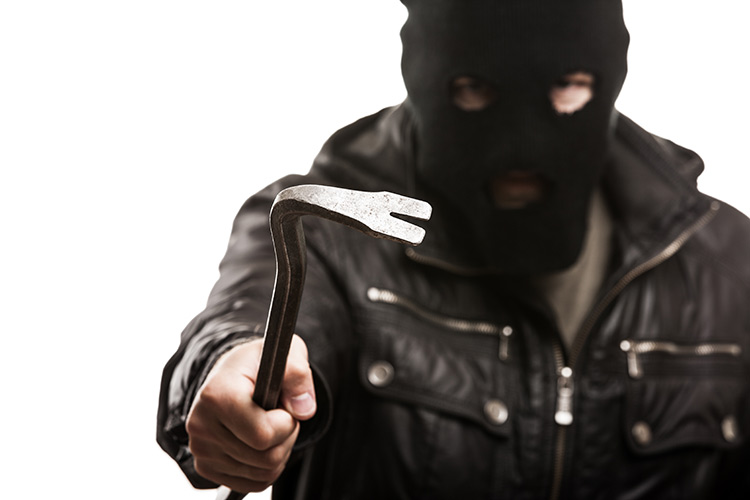 How to Prepare for the Technology Savvy BurglarsSeptember 2, 2015

Advances in technology don’t necessarily mean that burglars are deterred; it simply means they may change their strategies. If you use a wireless key fob or garage door opener, you could be vulnerable to hacking, which is why you should be aware of a commonly-used method of gaining access: code grabbing through signal jamming.

Code grabbing is not actually a new concept, as it has been used for quite some time to gain access to garages and automobiles. In fact, the widespread practice of code grabbing has resulted in many manufacturers now programming “rolling codes” into their devices to make it harder to snatch them. This means that each time you use your fob, the code required to operate it automatically changes. The concept is similar to that of changing the password on your computer; however, it seems that tech-savvy thieves have now found a way to keep up with the new requirements by jamming the signals instead.

A tiny device known as a “RollJam” may be hidden near your vehicle or the door to your garage in order to “grab” the code from your key fob or garage door remote and store it for later use. The perpetrator who placed the device can later retrieve it, and unlock the code it has collected in order to access your home or garage. You will likely not realize this has happened until after a break-in, and may not even connect it with signal jamming or code grabbing if you do become a victim.

If you are a victim of signal jamming, you will notice that your key fob or door opener does not operate the first time you press the button. After trying it again, you may find that it operates perfectly. This is because the process “jams” your device’s signal by transmitting noises along the most commonly-used frequencies that key fobs and garage door openers operate on. While doing so, another radio simultaneously records the wireless code.

After your device fails to operate, odds are you will press the button again. When this happens, the second signal is once again jammed, but the first signal is simultaneously rebroadcast. This unlocks the door, but also provides the perpetrator with a second signal, which can be used at a later time to open your door. The second signal will continue to work, even if you later operate your fob or opener again and create a new rolling signal. That’s because each signal remains effective until it has been used.

How to Prevent Attacks

The best way to prevent an attack is to only press the buttons on your device once. Better yet, manually locking and unlocking your car door might be a better option. You can also keep an eye out for a RollJam device, which is slightly smaller than a smart phone, and contains a handle atop what appear to be the insides of a computer. If you find such a device, you should contact law enforcement immediately.

The fact that criminals are keeping up with changes in technology means it’s more important than ever for people to remain diligent about security. Remaining alert to possible threats is the best way to protect yourself from a hacking attempt and keep your family safe.